The long awaited EOS-5D Mark III ($3,739 for the body) has finally started shipping and we also have one in our rental department now. In the next couple of weeks we should be caught up with all our pre-orders as well. Was it worth the wait? In my opinion, most definitely!

Not only has Canon improved the video quality and video mode functionality over the Mark II, but for still photographers,  Canon more or less dropped in the AF system that will be coming in the top end EOS-1DX later in the year. While I have not had much opportunity to use the Mark III yet, during my brief testing, the AF seemed convincingly fast and accurate, even under very low light conditions. While my own EOS-7D was a noticeable step up over the 5D Mark II, the new 5D Mark III seems a big step up over the 7D when it comes to its AF system.

The Fujifilm X-Pro1 has finally shipped and I've had a few opportunities now to shoot with a production camera. I am going to be adding more posts on this exciting new camera in the future, but for now I will start with an overview of one of this camera's strengths, focusing on Fujifilm's new "X-Trans" sensor and its tremendous dynamic range.

For those not familiar with the X-Pro1, here are a few links to previous articles where I mentioned it.

For some writings on the X-Pro1's predecessor, search my own blog for X100 related entries.

This was the 5D Mrk II that was in rentals, comes with BG-E6 Battery grip and two batteries.  Image is just for illustration purposes no box available. 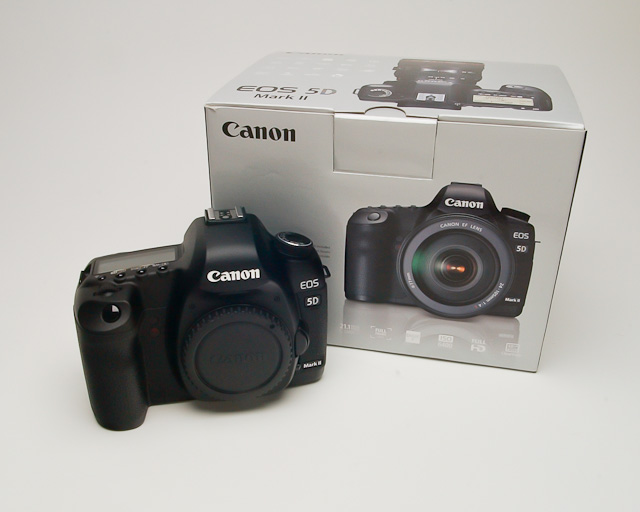 Phase One has just announced a great trade-in offer than runs until April 30th, 2012.

• Applies to all mounts – Mamiya / Phase One, Contax, Hasselblad V and H
• Trade-in back must be in working order
• Contact  Ken or Mike for more info: prosales@beauphoto.com  or   digital@beauphoto.com 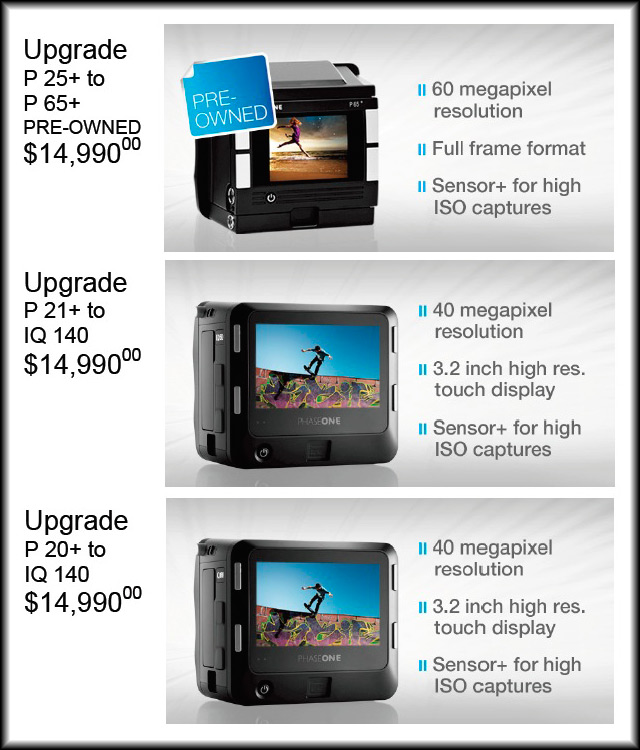 Posted by Ken Shymka at 8:51 AM No comments: 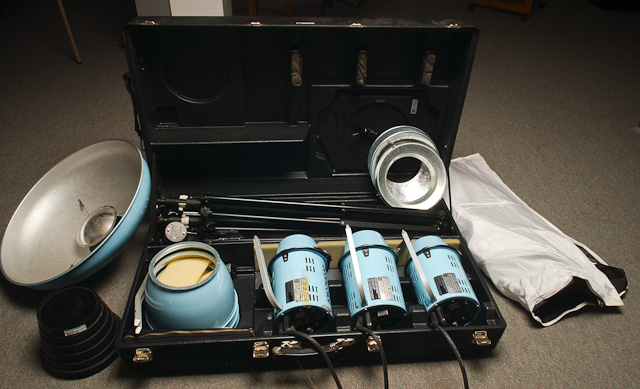 Posted by Ken Shymka at 3:56 PM No comments: 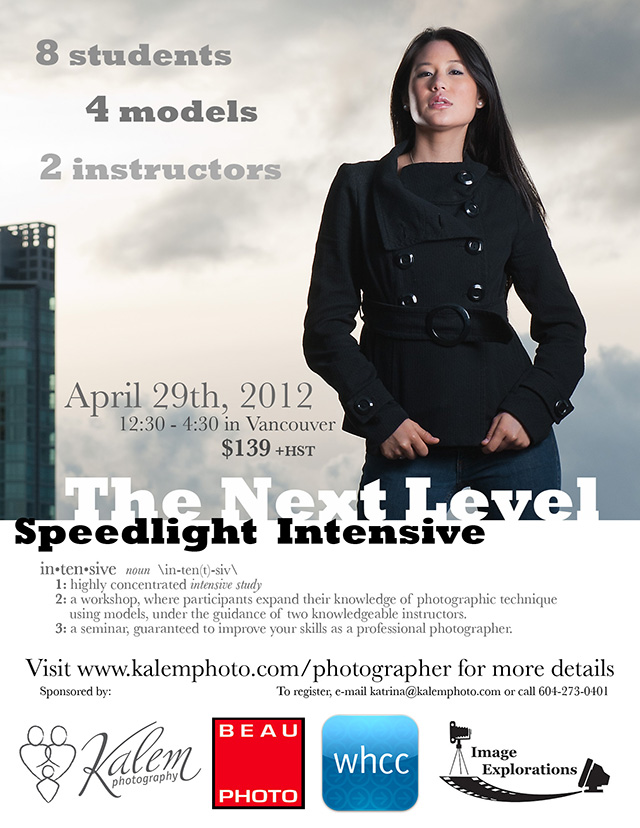 NEW!  Rent and try the Nikon D4!  The long awaited Nikon D4 is finally here, settling in comfortably on the Nikon shelf!  Jam packed with the latest technology available to non-military personnel, this camera simply rocks.   Want to shoot your favourite rugby players running down the field with their noses in each others arm pits?  Want to shoot that Peregrine Falcon swooping down on a pigeon for the kill?  Then this is the camera for you!  With 10fps with full AF & AE (11fps in manual mode), you can rest assured that shot will be yours!  As a low light (concerts, wedding receptions) camera, it is simply peerless - 6400 ISO & 12,800 ISO are actually useable for printing! 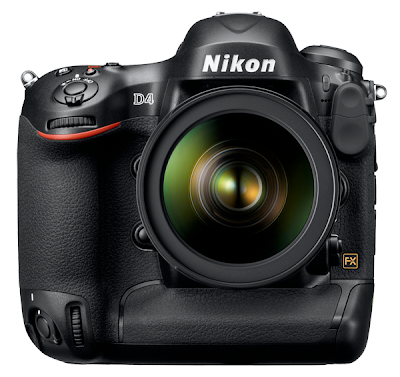 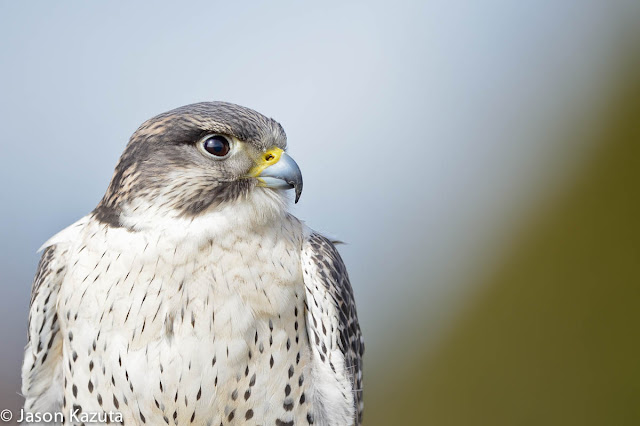 More photos after the break:

The DXA-SLR gives you everything you need to connect professional audio gear to your camera to capture superb sound.  The DXA-SLR is very easy to set up and use. The good/peak signal indicators show the ideal input levels at a glance while the headphone output lets you monitor what you are recording. The enhanced AGC disable feature works even better at controlling the wild swings of the auto gain control that plague most cameras. This dramatically reduces the noise during quiet moments of recording, allowing you to record two channels of clean audio. You can also monitor the playback audio from the camera. Fits neatly under any camera and can also be mounted to a tripod. Operates on one 9 volt battery.
Sale prices and Bonus mount until the end of April only!
DXA-SLR Reg. $399.00 Sale $349.00 Bonus : Free multi mount a 89$ value
DXA-5DA Reg. $329.00 Sale $299.00 Bonus : Free multi mount a 89$ value

So even if you did not attend Fusion 2012 you can reap some of the great benefits! 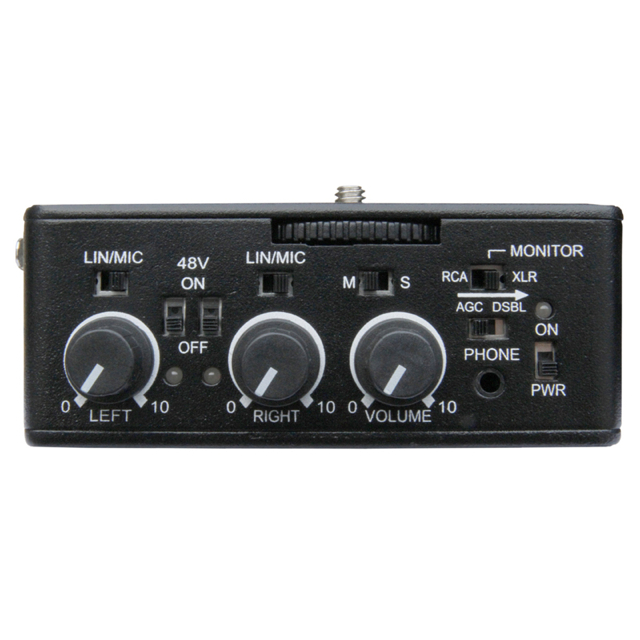 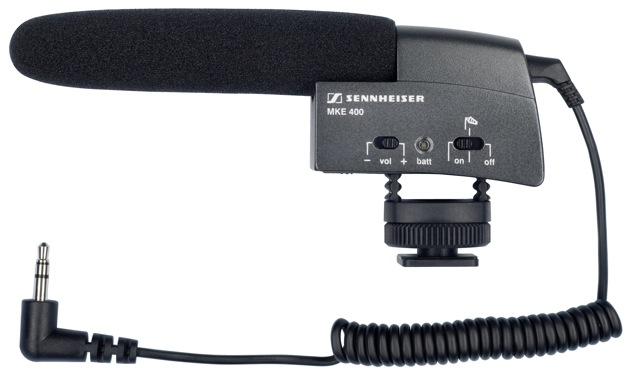 "Well wasn't that a party?!" Fusion 2012 was a fantastic success, and we have a lot of people to thank for that.

First the speakers: Nick Didlick for his informative introduction into DSLR video and all the things that goes into making a video that you may not have even thought about.  Alex Gower-Jackson for his inspiring talk and visuals - they were absolutely breathtaking! Mitch Wood for his introduction and great tips on Adobe Premier Pro. Ben Hutchinson for his overview of all the great Lensbaby optics and accessories, and finally Kirk Neff for both his talks, and for sharing his work which was touching and often eye opening! We have had so many great comments back from the attendees.

I want to thank all the exhibitors that made a great effort to be at Fusion 2012 (some even traveling from the eastern United States to be here): Nikon Canada, Canon Canada, Profoto (Blazes), Adobe, Amplis, Cinevate, Beachtek, Sennheiser, Lensbaby,  Steadicam (Tiffen), Panasonic, Wacom, Sunbounce, NEC, K5600 Lighting, Dominion Lending, Langara College, and VanArts.  There would be no Fusion show with out their support and presence. Thank you all for being there and showing all your great products and services.

Thanks to the staff that helped out from receiving all the extra shipments and especially to those who put in so many extra hours up-to and including the 16 hours on the day of the show: Angie, Carol, Mike, Jason, Simon, Kathy, and Tracey - there is no way it would have worked without you.

Finally, a big thanks to the over 275 of you who attended. You've helped make Fusion 2012 our biggest event ever! Send us your comments and let us know what you liked and what you would like to see at Fusion 2013, since tickets go on sale next week ........ just kidding. It would also be a great idea to send an email to the exhibitors who were there to let them know how much you enjoyed Fusion 2012.

Here is a list of the winners of some of the door prizes.

Finally I want to invite you to have a look at a time lapse that our own Mike Mander produced of Fusion 2012 from the setup to the take-down. It really shows how rocking this event was. Enjoy!

Posted by Ken Shymka at 4:31 PM No comments:

PocketWizard Announces the PLUS III Transceiver

In the shadow of the big two camera companies announcing their new cameras, PocketWizard has introduced the new PLUS III Transceiver. While no one improvement is earth shattering the overall improvements will secure their lion's share of the non TTL pro market for while!  The highlights include: extended range, more channels, auto-relay mode (more about that below) and new design.

Modeled to fit the needs and budget of the Plus series market, the Plus III offers significant upgrades only found on the ultimate PocketWizard: the MultiMAX.
Impressive features such as 32 channels (16 Standard and 16 Quad-Zone Triggering channels) allow the photographer to activate or deactivate remote flash units or cameras wirelessly in four separately controllable zones (A, B, C, D), just like the MultiMAX.

In addition, the New Plus III Transceiver is a selectable transmitter, receiver or transceiver radio incorporated into a new contoured modern housing. It offers familiar features such as Auto-Sensing Transceiver Mode and Relay Mode in addition to cool new advanced features never before offered in an affordable radio. Immediately as you hold the Plus III in your hand, you’ll notice the amber backlit LCD screen and clean layout of the rubberized buttons that drive the Plus III to perform the task at hand. Channels, Quad-Zones, radio mode and even the battery status are all displayed for immediate viewing by the photographer. The PocketWizard Plus III offers more features at an astounding price than any wireless shooter could have imaged. In addition, the Plus III’s system compatibility (with the MultiMAX) offers MultiMAX shooters, or those who wish they were an affordable opportunity to entire the world of Quad-Zone Triggering, and much more.

If you want to save some money you can buy a PlusII ( Previous version) till the end of March and get a $20.00 instant rebate! While quantities last! 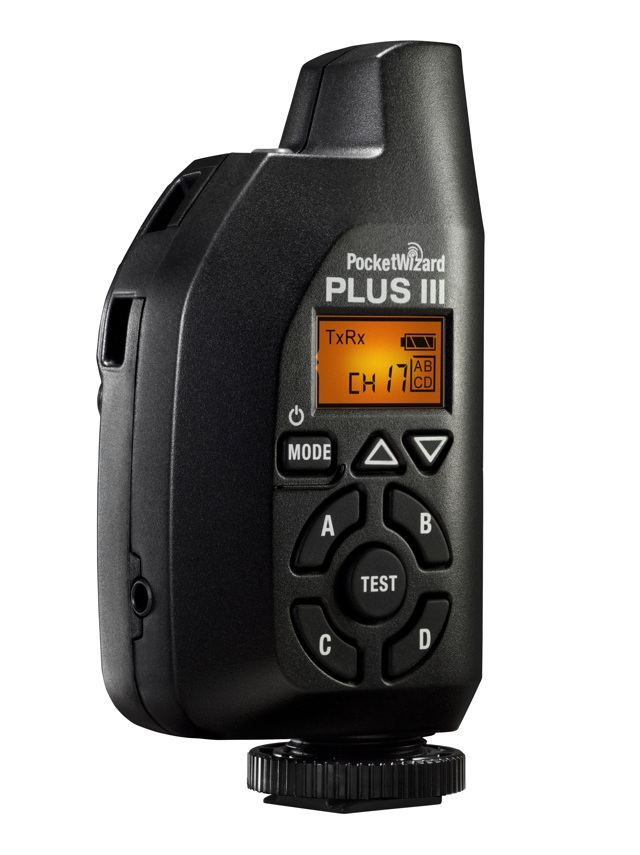 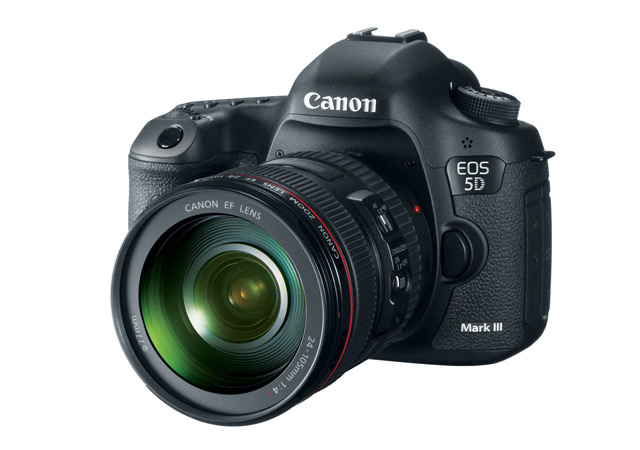 Finally! After months and months of speculation, Canon has finally revealed the new EOS-5D Mark III. We are briskly taking pre-orders at the current estimated retail of $3,799 for the body. We will likely receive final pricing on the body and the new accessories early next week and I will update this posting then. Contact us if you'd like to leave a deposit for this awesome new camera! It is slated to start shipping at the end of March.

There are some excellent previews on the new camera and I will link to them, but in brief think of the 5D Mark III as a 5D Mark II with an all-new 22MP low-noise full-frame sensor, in a beefed up EOS-7D body, with the EOS-1DX's AF and video capabilities thrown in for good measure. That isn't quite accurate but will give you a good overview. In other words, significantly improved image quality, especially at high ISO, although not a significant boost in megapixels. In short, the overall package looks very appealing and I will report on it more down the road. For now here are some links...

In addition, some new accessories were announced, including the Speedlite 600EX-RT and the corresponding Speedlite Transmitter ST-E3-RT, both operate using a radio wireless system and not optical, as with the previous flashes and transmitters. A new hot-shoe mounted GPS unit was also announced, the GP-E2. Some more images after the link...