Last night I decided to try my hand at bleaching Impossible Project negatives. Earlier that morning I took some Impossible Project photos of me with coloured paint on my face and mouth. I chose to take them in the morning after work they'd be completely finished processing. Then after work, I decided I would make lifts with the emulsion side of the image so that nothing from the photo went to waste, making sure to save the opposite negative side after I'd peeled the photo apart.

After the lifts were done I got together a few things for the bleaching: the black/white 'negative' side that had been left over from making the lifts, a tall container for holding the bleach dilution, tweezers for holding the negative as you dip it in the bleach water, a sable hair paint brush, a rinsing tray, latex gloves and paper towel. Also make sure you do this in a ventilated area as bleach fumes are toxic.

I used a little toilet bowl gel cleaner (that has bleach in it) diluted with water. Others have suggested using liquid bleach diluted with water or Mr. Clean magic erasers and water. The first time I mixed this I used fairly warm almost hot water, the second time I used luke warm water. The negative bleached and rinsed faster when I used the hotter water.

First I rinsed away the white layer using warm water. Then I took the corner of the negative with tweezers and vertically dunked it in the bleach. I did notice that my sharp tweezers scratched up the corner a bit. I wasn't bothered, but if you are, perhaps just use your gloved fingers to swish the photo around in the bleach. After about half a minute I took the negative from the bleach and put it in my rinse tray, gently brushing the surface layer away the bleach had eaten through, to leave a dark green layer. I repeated this twice. The next layer was a lighter green, the one after that was more of a cyan green. After I was done bleaching and rinsing the negatives, I let them dry over night and brought them to work for scanning. 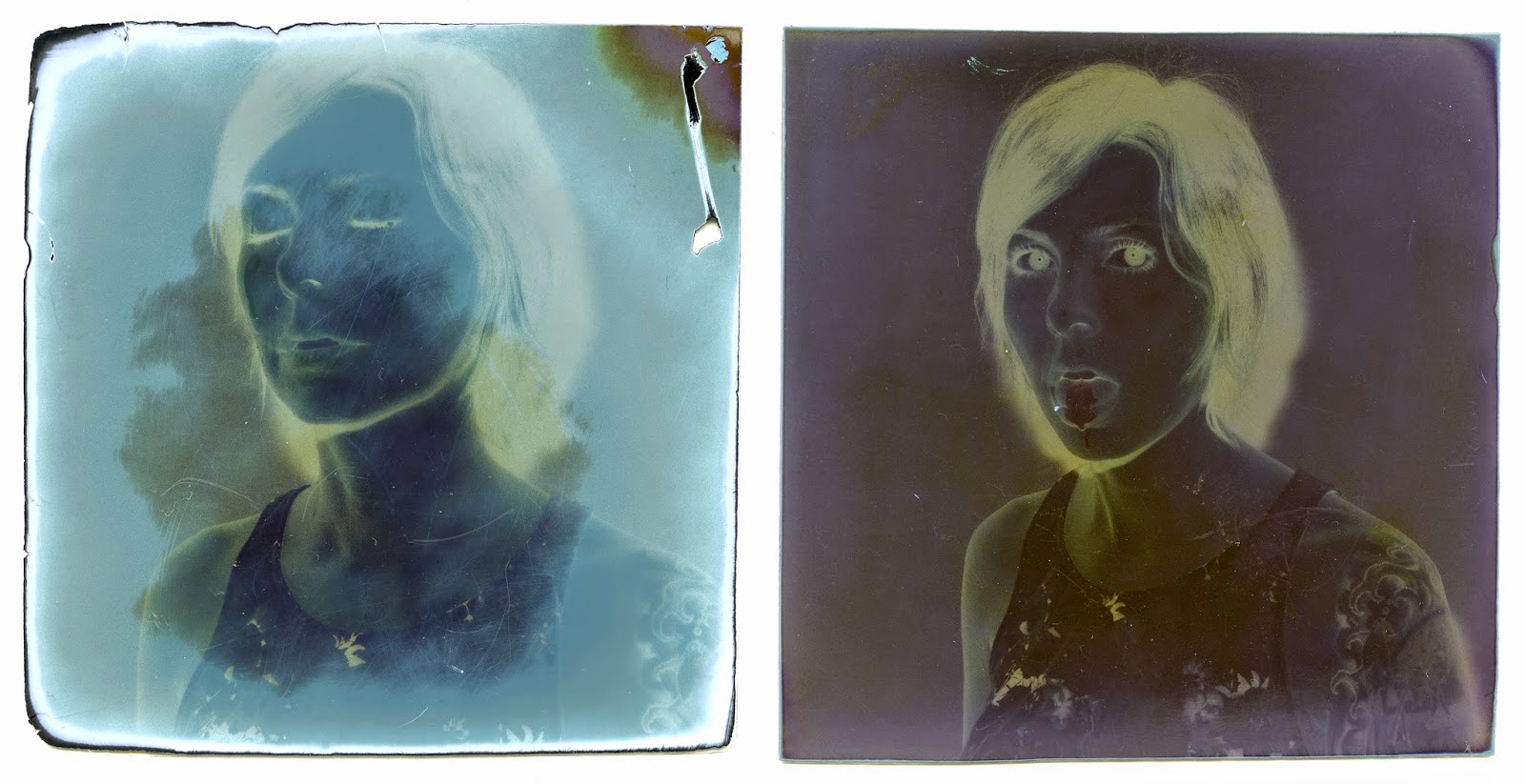 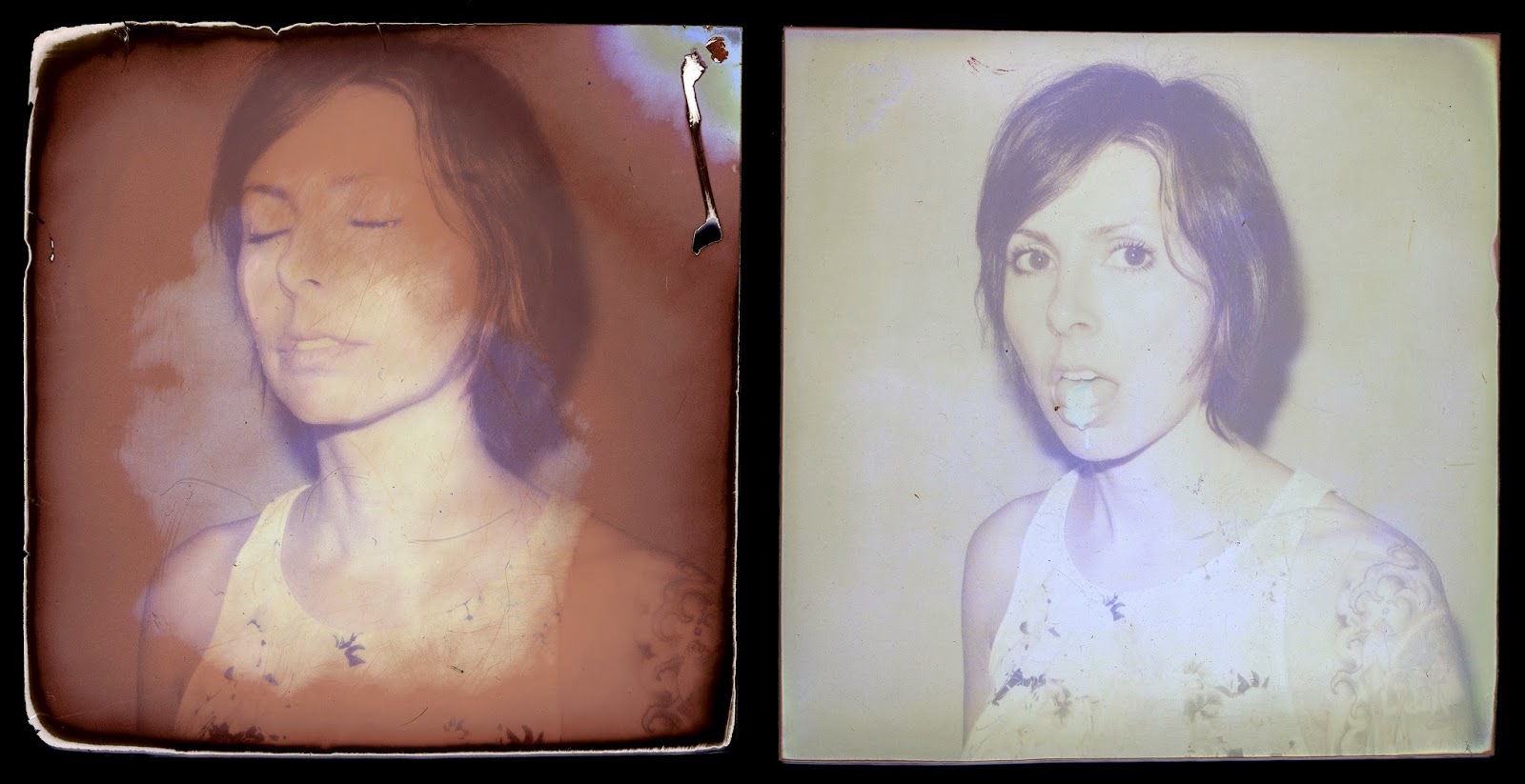 Positive image after using curves in Photoshop. I noticed the coloured paint doesn't show up here. Perhaps with more editing the orange and green would be clearer.

If you'd like to see another example please view Beau's flickr site,
https://www.flickr.com/photos/beauphotostore/
Posted by Nicole Langdon-Davies at 2:55 PM