It seems like more and more people are doing their own home film developing these days and so we were curious how some of our customers had their darkrooms set up. We've decided to make it into a regular blog series to showcase a wide variety of darkrooms. In addition to wondering how people set up their dark rooms (and where!) we wanted to know more about what chemistry combinations they use to get the results they enjoy or the various effects different developers have on different films.

Nicole has put together a short interview style questionnaire for our willing participants and here is our first installment from a regular customer of ours, John Brunstein. He's also kindly included some sample images that he's developed. Thanks so much for your contribution, John!

What is your darkroom? A room, closet or bathroom? Tell us a bit about it.

Strictly speaking, I don't have a darkroom - I have a changing bag which I use on my dining table to load exposed film into the developing reels and then into their tank (Jobo 1500 series, Patterson, Yankee Clipper II, or Minox depending on the film and process). I also find it ok for loading 35mm bulk spools into a bulk film daylight loader. Then, I do my actual developing in one of my bathrooms, which has windows and isn't dark at all.

For the Minox, Yankee Clipper II (110 film) or B&W in the Patterson tanks, I do the actual developing just at the bathroom sink and hang the film to dry in the tub. For E-6 or C-41 processing, I have a Jobo CPE2 with a lift kit. (That's not super big tires; it's a lever which enables you to dump the tank contents easily during the process). I have the Jobo system set up on a couple of sheets of plywood cut to fit nicely over the tub in that bathroom, with a big Nalgene container sitting in the tub with the Jobo waste line running into it, so it neatly collects all the chemicals.

If I have guests coming who might want the bathroom for its intended use as the ensuite to my guest bedroom / office, everything can be lifted out and stored away in maybe 15 minutes.

The reason I can get away with no additional darkroom space, is that post -developing I go digital. I scan the negatives on an Epson V500 (I have commercial grade holders for Minox, 110, 127, as well as 35mm and 6cm wide medium format film). Post digitizing, I print via inkjet (HP machines, I have the 8150 which does up to 8.5x11" and the 8750 which can do 13x19", and can have the greyscale and photo colour cartridges installed at the same time).

The point for me was explicitly that my house wasn't well set up to have a traditional darkroom - but this hybrid approach lets me shoot and develop film, and have total control over the digitizing, retouching, and printing, without one!

What's your process? Tell us a bit about your developing routine, especially if it's tricky.

All of my developing is pretty straightforward. For B&W hand tanks, I invert 5x at the developer fill point, then 5x every 30 sec or 120 sec depending on the film - I experiment a bit to find what works for me in terms of time. I use distilled water (I have my own still) but everything is just room temperature, and I just use my phone as a timer. Maybe because I try a range of times before finding what I like, once I have something that works for me, I stick to it and don't experiment much with other developers. For E-6 I like the Arista kits - in my hands they're literally close to foolproof, I could prove that but the story is too long for here - and for C-41 I've only tried the Tetenal liquid kit, which seemed to work fine. Honestly, given the choice of E-6 or C-41 at home, since I digitize post developing, there's not much point in C-41.


What's your go to developer?

For B&W, Ilfosol 3. As I said above, once I got it to work well for me, I didn't see much point in experimenting. However it has a short shelf life after opening so I've recently acquired a bunch of HC-110, which is supposed to have a better shelf life, and I'll give it a try.

Do I have to have only one? For B&W it would probably be Kodak Tech Pan with Ilfosol 3. Yeah, I know, Tech Pan isn't made any more, but I was lucky and got a whole lot of it in 120 format, freezer stored. Expired in 1988 and still takes beautiful, crisp shots without any time adjustment. In 35mm I would also have to say I've been very impressed with some of what I have gotten with Ultrafine Xtreme 100 with Ilfosol 3.


Have you or are you into any alternative processes, such as cyanotype?

Not yet. I would like to try a tintype plate in an 1899 Rochester Cycle Poco camera I have on the shelf, but haven't gotten around to it yet.


What is the best processing tip you can give?

If you're going to use a changing bag, and try to work with medium format film - WEAR LAB GLOVES! If you don't, the humidity from your skin in the tiny space of the bag quickly makes the wide film sections jam up in the spools, and it's a disaster. Wear the gloves instead and make sure the spools are absolutely dry, and the process is really simple - even loading 2, 120 formats onto a single spool without jams.


Here are the two examples John mentioned above...


TechPan, shot with Rolleiflex 6008i with 80mm Planar lens. 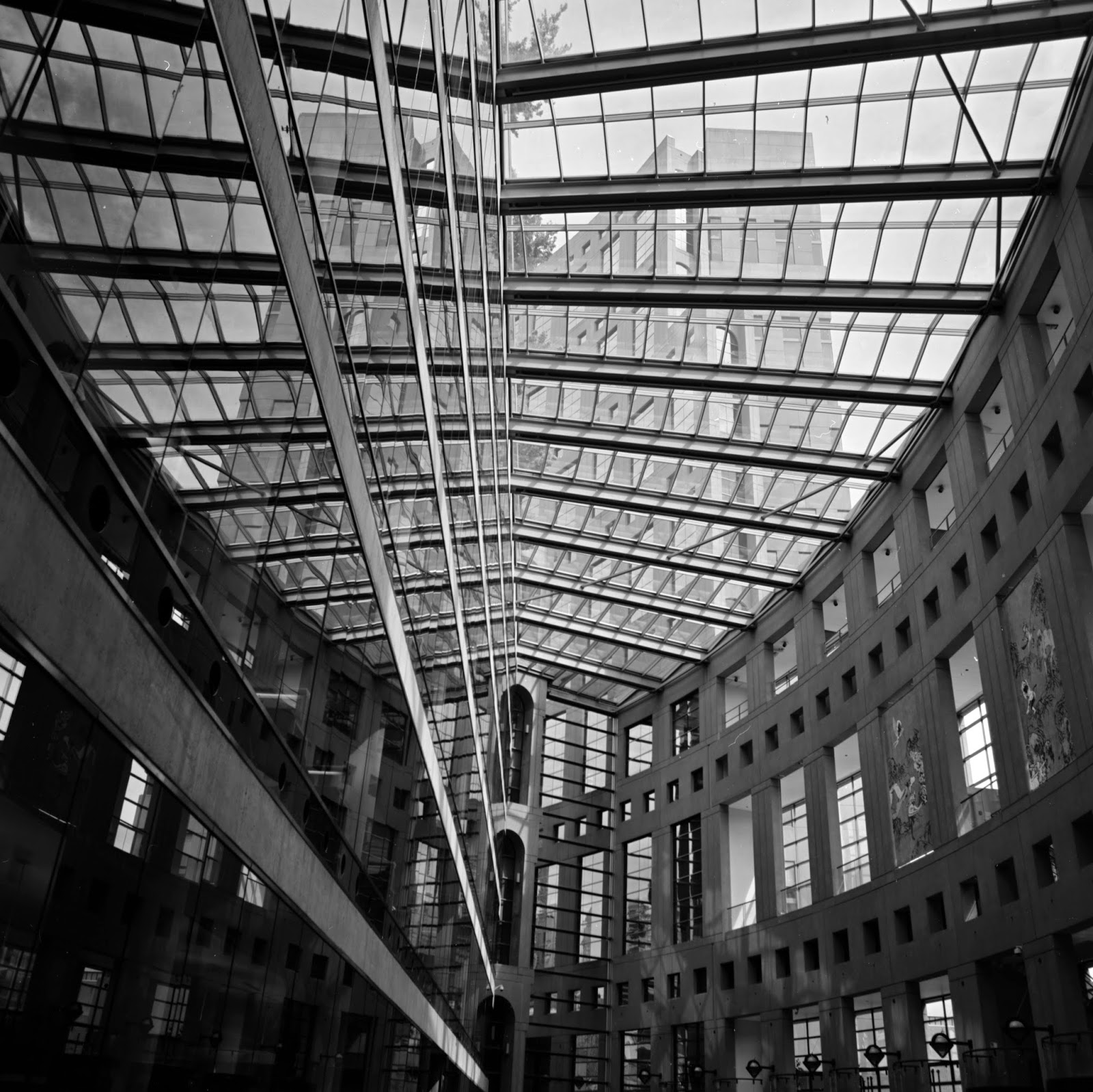 Ultrafine, shot with a 1956 Kodak Retina IIIc with 50mm lens. 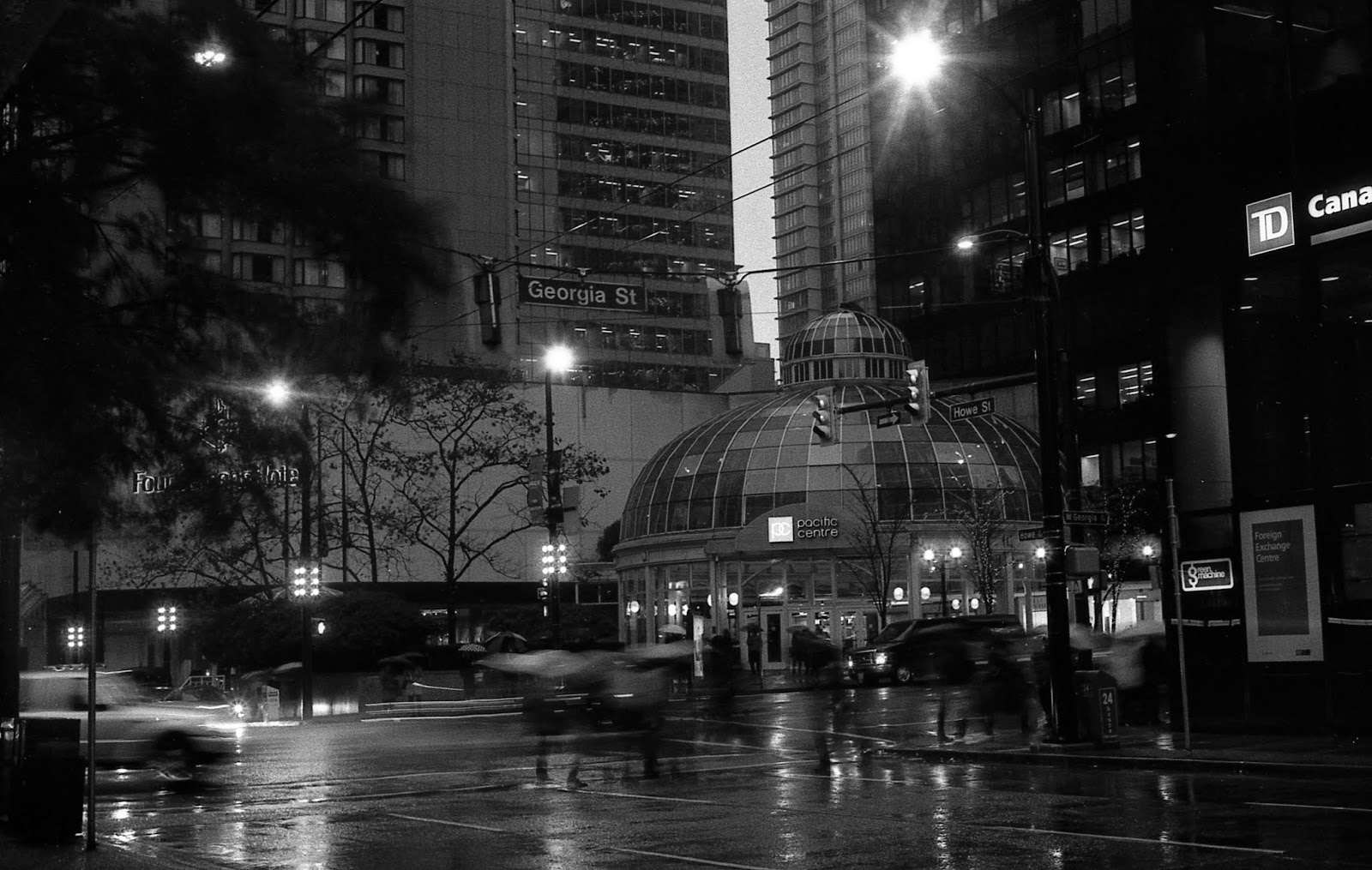