Thanks a lot to Nigel for his great darkroom info this week! It's interesting to learn about some different alternative processes as well.
What is your darkroom? A room, closet or bathroom? Please tell us a bit about it.

I'm fortunate to have light-proof, interior bathrooms in the places I've lived - which makes handling film, controlling dust and keeping a steady temperature a lot simpler. With 4x5 film I'm really careful about dust, a bit OCD with vacuuming the bathroom ceiling to floor, the film holders, the camera and so on.
I've drifted away from silver-gelatin printmaking over the years but after seeing Lee Freidlander's wonderful show at Presentation House, I'm seriously thinking about squeezing a 4x5 enlarger into that bathroom.

What is your process? Tell us a bit about your developing routine, especially if it's tricky.

There's nothing very special about my developing routine. Good control over the processing time/temperature is the most important thing. Lately I've been using a cool little iPhone custom timer app from Kodak Film which beeps on cue and has a safelight display. To control temperature, I start with the room - I aim to keep temp in the bathroom at 20C, and stand my processing drum, chemicals and large bucket of water in the room overnight, so everything is at 20C. I use that water to make up the develop/fix solutions, also for a rinse to halt the development. Sometimes in colder weather I'll use an aquarium heater to maintain the water temperature. I use a Jobo drum for 4x5 processing - nothing fancy, fill with a funnel and roll it gently back and forth on a towel on the floor. I also have a couple of reel/drum tanks for roll film. For washing, I use a Polaroid P/N film bucket, originally intended to hold and clear Polaroid Type 55 negs in the field. But it also works great to wash reels and sheet film. After washing under the tap (also around 20C but not so critical) for an hour or so, I dip the film in Photoflo solution and clip on a line rigged in the shower to dry overnight.

What is your go to developer?

Early on I tried Rodinal at 1+25 and I've stuck with that. I've also used Xtol for roll film, and have dabbled with PMK (pyrogallol metol staining developer) under full hazmat protocols :-)

What is your all time favorite Film/Film developer combo?

HP5+/Rodinal gives me a solid 4x5 neg with good density and tonal separation in the mid and light grays. The light and shadows here on the west coast are fairly blue - especially strongly lit seascapes/mountainscapes - so I generally use a 2-stop yellow-orange lens filter to improve sky definition and shadow contrast. With HP5+ I end up with a handy working speed of 100 after the filter factor; with Rodinal the whole analog image chain just seems to fall into place.

Have you tried any alternative processes, such as cyanotype?

I've experimented with PMK processing and the ziatype (platinum/palladium) printing process to make 4X5 contact prints. It's a neat but finicky process that relies on a slightly damp paper emulsion. It's quite a bit of work to get the paper and coating routine dialed in. I also ended up building a UV light hood to guarantee a source of "sunshine". But the prints turn out to be wonderful, gloriously tactile objects.

I’m very attached to polaroid processes and have had some nice results using the Impossible SX70 film. I sincerely hope the New55 project eventually comes to fruition - I have about a box and a half of old and now rather dodgy Type 55 left - it's a bit of a personal ritual for me to expose a few sheets every year just for the experience.

Be methodical and keep notes. Get a good thermometer! Have fun and don’t process any critical images until you’re well dialed in.
Here area  few examples of Nigel's work.
For more, check out his website: atmosphericlens.com
HP5 in Rodinal 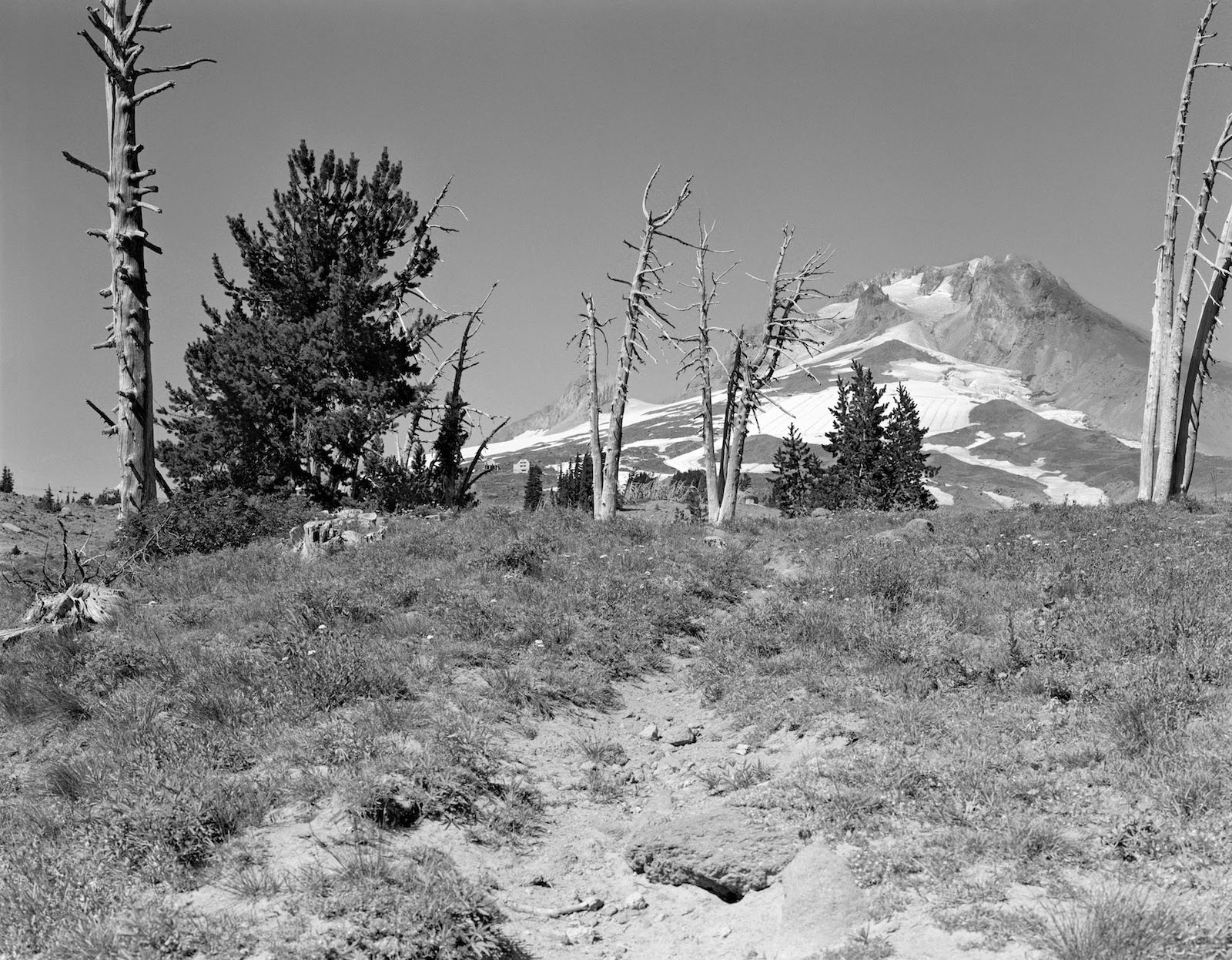 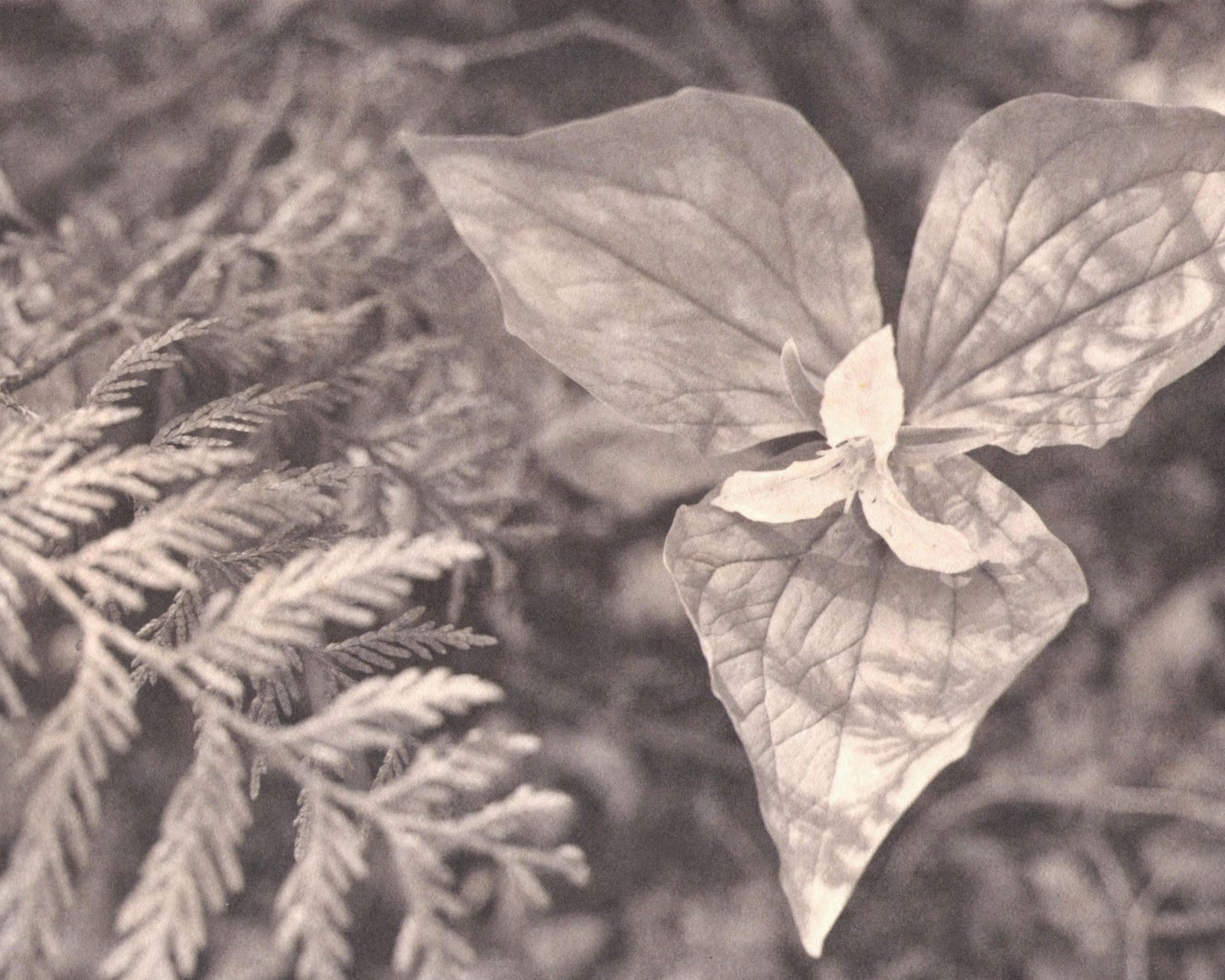