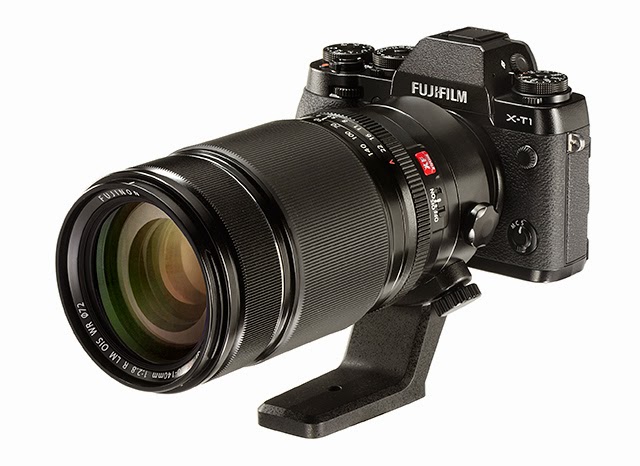 [UPDATE: for my final review with a more extensive image gallery, click this link]

I recently had an opportunity to briefly test Fujifilm's new professional level zoom, equivalent to a 75-210mm in full-frame terms. I tested it on my X-E2 body but above, you can see it mounted to an X-T1. While the lens is indeed quite large and has substantial mass, it is actually not as heavy as it looks, in other words, its density doesn't seem all that high, a welcome fact thankfully. I have Fujifilm's extra hand-grip on my X-E2 and with it, I found the lens fairly well balanced and easy to handhold.

This is constant aperture f/2.8 zoom with a properly marked aperture ring on the lens, a first for Fujifilm zooms and hopefully the beginning of a future trend! It has a linear-motor (LM) for fast and quiet focusing, it boasts weather-resistant (WR) construction and has an optical image stabilizer (OIS) that is rated for 5-stops of extra stability. The tripod mount is detachable with two thumbscrews but it is also a nice way to carry the lens with attached body, to avoid stress on the body's lens mount from the relatively heavy lens.

The lens is beautifully constructed with a fully internal zoom mechanism and a silky smooth zoom ring with absolutely consistent tension that doesn't get tight anywhere within its range or towards either end of the zoom. In addition, it has a perfect feeling aperture ring with nice, crisp detents and excellent tension. In terms of its mechanical operation, it may just be the nicest feeling lens so far for Fujifilm's X-system. Personally, I take great pleasure in the mechanical and tactile feel of a camera's controls, one of the attractions of Fujifilm's X-system for me, and this lens absolutely does not disappoint. Finally, even the lens hood is thoughtfully designed, with a small slide-out portal that allows one to adjust a polarizing filter when the hood is mounted.

While I only shot a dozen or so test frames, what was immediately apparent is not only how sharp it is wide open but also how good its micro-contrast was. How sharp was it? Well honestly, I was blown away. The same day I shot with it, I also compared a preproduction copy of the XF 56mm f/1.2R APD with the regular 56mm f/1.2, and I would say that neither of those lenses were any sharper than the zoom, although of course they had completely different bokeh characteristics and could achieve a much shallower DOF, at least compared to the zoom at 56mm. Here is a shot, taken with the 50-140mm at 110mm, wide open at f/2.8 and handheld. Click the image to open a full resolution copy (3296x4936 pixels - 5.3MB - EXIF data intact) in a new window, raw file processed in PhotoNinja 1.2.4... 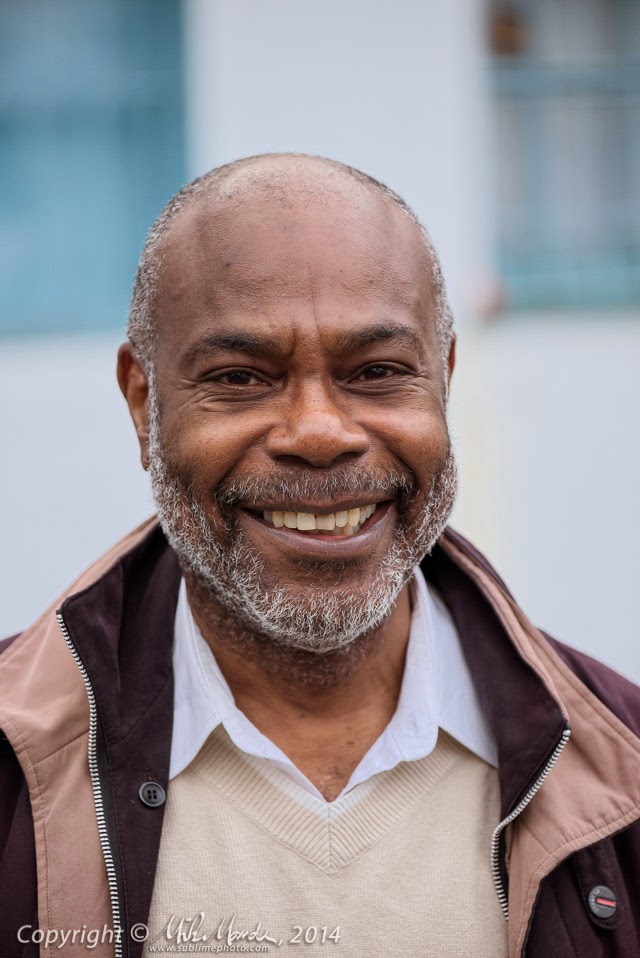 To open a version solely processed in Adobe Lightroom v5.7, click here. Many thanks to a friendly and easygoing customer of Beau Photo for posing for this test shot and allowing me to share it here!

So... I don't know about you, but I'd say that lens is pretty darn sharp! In fact, I actually ended up reducing the default level of sharpening in my PhotoNinja workflow from what I normally have it set to, since this shot was simply rendered far too sharp then.

Focusing was silent and very snappy and the image-stabilizer seemed extremely effective as well. The bokeh was nice as long as the background was substantially blurred as in the above shot. With only a slight blur, there is some nervousness (outlining) to high-contrast details, as can be seen in the slightly out-of-focus beard hairs in the above photo and so for portraits, there is a good chance that the 56mm f/1.2 would be preferable to the zoom, or perhaps the upcoming 90mm f/2. However the versatility of a zoom, especially one as sharp as this, can't be argued with either. Of course, it is also possible that the 50-140mm will be more suitable for portraits at a focal length different than what I tested here, perhaps then having slightly smoother bokeh characteristics, but I have too little experience with it at this point to make that determination.

Here is another photo, this time at 140mm and wide open at f/2.8 again, focused at the dead centre of the frame on the near edge of the grey roll-up garage door. You can see the the slight outlining of the bokeh in the out-of-focus background elements to the right, the trees, the chain-link fence, the grass etc., but at the point of focus, man is it ever sharp! Again, click on the image to open a full-resolution copy in a new window... 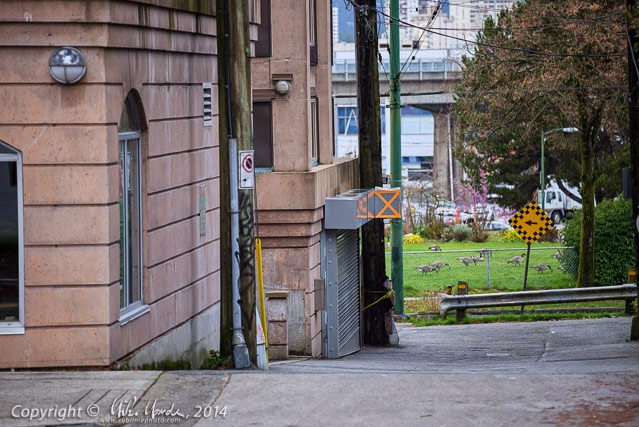 One other possibility is that since I had the OIS switched on for these tests, the background blur might be slightly affected by the movement of the OIS stabilizing group during the exposure. I am not 100% sure, but I have seen instances in other lenses where I felt the quality of the out-of-focus regions was perhaps negatively affected by having lens stabilization turned on...

Unfortunately, as you can see, it was overcast so I did not have a chance to see how flare-resistant the lens was. I really don't have any other shots of interest to share at this point but I am looking forward to having another chance to test the lens between Christmas and New Years, and at that point I will try to publish a more comprehensive gallery of images and also try to determine if there is truly any impact to image quality from the OIS. In the meantime, I hope you enjoyed this little preview!

The new XF 50-140mm f/2.8 zoom is slated to start shipping in mid to late December and will be priced at $1,699. Definitely a "pro level" price on this new zoom as well, but if its performance proves to be as exceptional as it appeared to be in the brief time I had with it and if your needs are for a superb, high-end, constant aperture telephoto zoom, then it very well may prove to be worth the money. Consider as well that it is many hundreds less than equivalent full-frame pro lenses from other manufacturers too. Initial shipments will likely be constrained, so if you want one of these early on, I'd suggest getting an order in quickly.

Finally, what about the XF 56mm f/1.2R APD I mentioned? Well I am not permitted to share any photos, since it was a preproduction model, but what I will say is that at f/1.2 the bokeh is very noticeably different than the regular 56mm f/1.2 and is, to my eye at least, overall far smoother and more pleasing. What surprised me immensely though is how rapidly this difference falls off. In fact, even at f/2.0 the difference is already very minimal and is nearly imperceptible at f/2.8 when compared to the regular 56mm. I suspect that the 56mm APD will truly only be of interest to those planning on shooting it wide open most of the time. Of course, there is a slight chance that things could change in the final production version, so stay tuned for a future review once I get my hands on one of those for testing as well...
Posted by Mike Mander at 9:12 PM