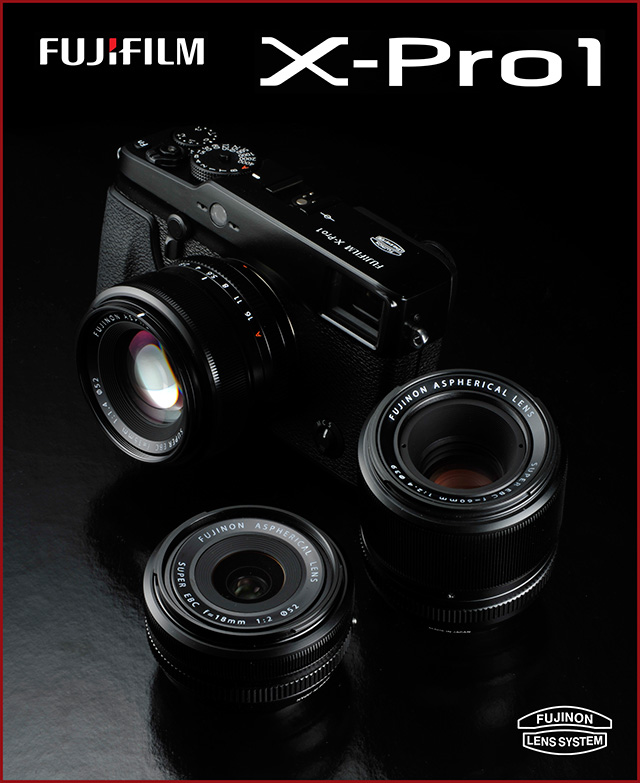 At the CES/PMA trade-show this week, Fujifilm announced the very interesting new X-Pro1 camera system. Although the following description certainly doesn't do justice to all of its new features, in many ways, you can think of it as a new, improved interchangeable lens version of the highly regarded X100.

I was meaning to blog about this camera on Monday already, but I've been fighting a bad cold all week and just never felt up to it after coming home from work. I never found the time at work either. Anyway, watch for my detailed "first thoughts" on the X-Pro1 in the next day or two. They unfortunately won't be based on actually handling the camera yet in person (like I was able to with the Nikon D4), but since I have been an enthusiastic X100 user since getting mine earlier last year, and after seeing numerous detailed videos online that walk through many of the X-Pro1's new features and its user-interface, I think I am reasonably qualified to give some initial impressions.

In the meantime, here are some links of interest, if you haven't seen them yet...