An instant film project we've had our eyes on for a couple of years now, New55 Film has reached Kickstarter. Finally those of us who are excited at the prospect of having 4x5 instant film on the market again can do something to help make it a reality. https://www.kickstarter.com/projects/bobcrowley/new55-film?ref=live 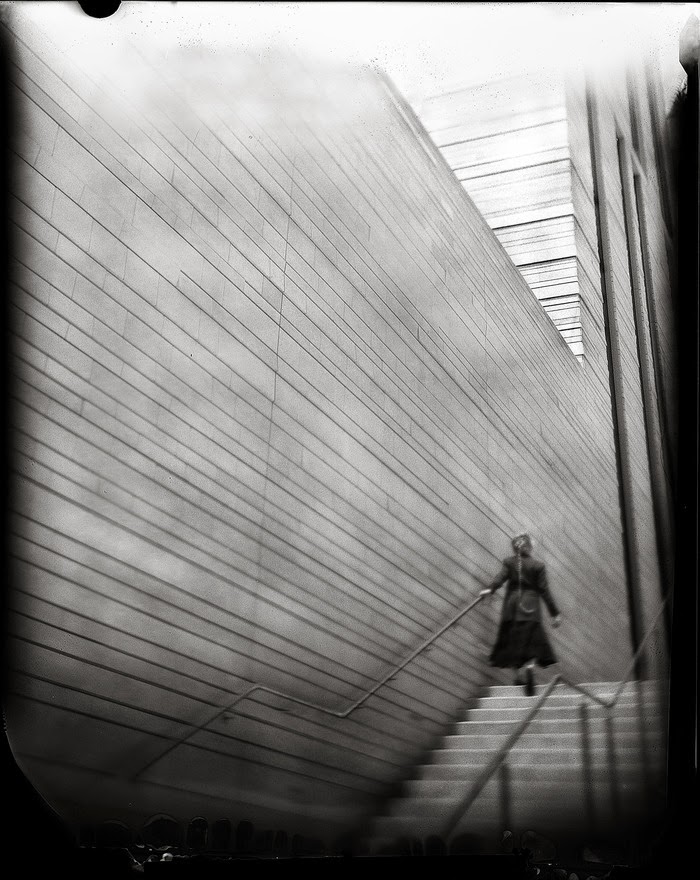 If New55 Film reaches its Kickstarter goal of $400,000 then contributors will receive anything from recognition of support, to a day with founder of New55 Film, Bob Crowley and many things in between, such as boxes of film which is what we signed up for. If the project succeeds with its dollar amount goal and the projected time line goes smoothly, the expected release date is January 2015.

For those of you who are just hearing of this project now, New55 Film's goal is to produce a black and white instant 4x5 peel apart sheet film that results in a print and negative - not a Polaroid Type 55 equivalent but an alternative.
The New55 Film blog posts are a detailed diary of their journey. A lesson in following your dreams. new55project.blogspot.ca

Posted by Carol Polloni at 3:45 PM