Several Nikon reps were kind enough to drop by our store late Friday and look what they brought: a brand new Nikon D4 body for me to look at! Well okay, okay... not just me.

Watch for a "first-impressions" article in the next day or so, but suffice to say for now, well... wow! What an impressive new camera!

After work, the reps and several of our store staff all went for drinks at a local pub, and that gave me some more time to play with the camera under some very low lighting conditions. Since it still has beta firmware, I was not able to take away any photos unfortunately, but I'll give you some initial impressions soon.

At the pub we ran into a good customer of ours, and after she tweeted a photo of herself holding the new Nikon D4, she got some decidedly jealous responses back... :-)  Apologies to Anna for my harsh on-camera flash portrait! Now if I had just had a second D4 to shoot with, I could have shot in the very dim ambient lighting there and not used any flash at all! 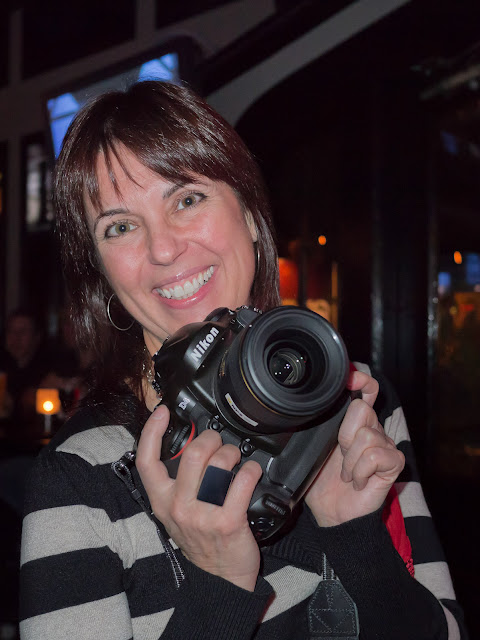