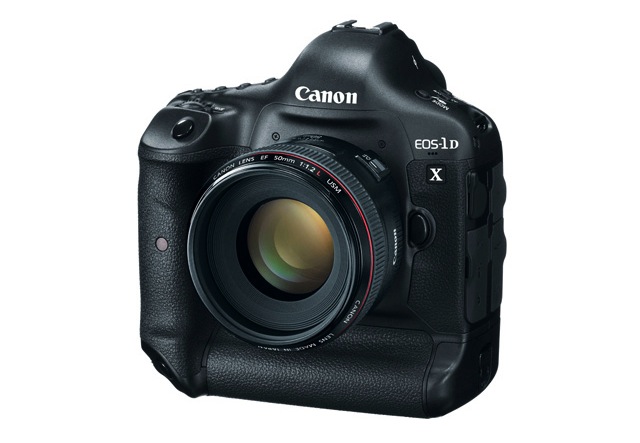 Just announced, the Canon EOS-1D X will be Canon's new flagship DSLR and it's coming in March of 2012. A merging of the lines is taking place, as the 1D X is seen as the successor to both the 1D Mark IV and the 1Ds Mark III. It boasts an all new full-frame 18MP CMOS sensor with the lowest noise levels yet of any Canon DSLR. It is said that the 1D X will offer a two-stop improvement in high-ISO noise when compared to the 1D Mark IV, as well as better dynamic range and improved overall image quality compared to any previous Canon DSLR. A mind-blowing ISO 204,800 will be its upper limit with ISO 51,200 considered a "normal" non-boosted ISO limit.

It will also be the fastest (by far!) full-frame Canon DSLR ever released, with the ability to shoot continuously at up to 12 fps with full functionality, and even up to 14 fps with the mirror locked up and in JPEG mode. Despite having a much larger mirror than the 1D Mark IV, which has an APS-H sensor and is not full-frame, the 1D X will have an even shorter viewfinder blackout time when shooting.

An all new AF system with 61 points in total with a massive number of cross sensors (21 sensitive to f/5.6, 20 sensitive to f/4.0 and 5 dual-cross sensors working to f/2.8), and all new focus and subject detection/tracking algorithms with much easier and intuitive user configuration options, promise to make this the most accurate focusing 1D camera ever.

Video functionality has been improved as well with no more 4GB limits for recording duration. The 1D X will seamlessly continue recording (up to 30 minutes), splitting footage into multiple 4GB segments without dropping any frames in the process. There are some new less compressed video options that will make it easier to edit raw footage without requiring transcoding, but these come with massive data rates... how does 6 minutes of video filling up a 16GB card sound? Now that's a lot of data! Timecode embedding is also now an option.

Canon's new DIGIC 5+ processors boast a whopping 17x the horsepower of the previous DIGIC 4 chips, and there are two of them in the 1D X to handle the data flow. Video quality is said be very much improved with less moiré and reduced rolling-shutter artifacting. There is even a dedicated DIGIC 4 processor for exposure and white-balance calculations from its new 100,000 pixel metering system.

A new carbon-fibre blade shutter with a 400,000 shot life expectancy, in-camera chromatic aberration correction for stills and video, in-camera multiple exposures with a plethora of blending options, new on-demand grid-lines and a 2-axis level, dual focus joysticks for the same ergonomics when shooting with its vertical grip, a new higher capacity LP-E4N battery that is backwards compatible, a multitude of user-definable buttons (4 on the front of the camera alone) and many more improvements round out this amazing new professional body. Lastly, there is also a built-in Gigabit Ethernet port, as well as an optional WiFi transmitter and GPS receiver, both very small and compact.

Interestingly enough, Canon has chosen to buck the prevailing industry trends by releasing a flagship camera with slightly fewer megapixels than the 1Ds Mark III had previously. However Canon is counting on the overall image quality of this camera to be so much better than anything they have done before, that they say it will more than make up for the slight technical drop in resolution. I expect that this new 1D X will be stunningly good... and also extremely hard to come by initially. Beau Photo already has several names on its "1Ds Mark IV" waiting list (which I now have to rename!) so if you want to get in line for one of these cameras next year, call us sooner rather than later to be added to the list! Pricing is unconfirmed as yet, but I expect it will be somewhere in the $7,500-$8,500 range.

For more details on this new camera, here are some more published previews for you to peruse and a few more images... 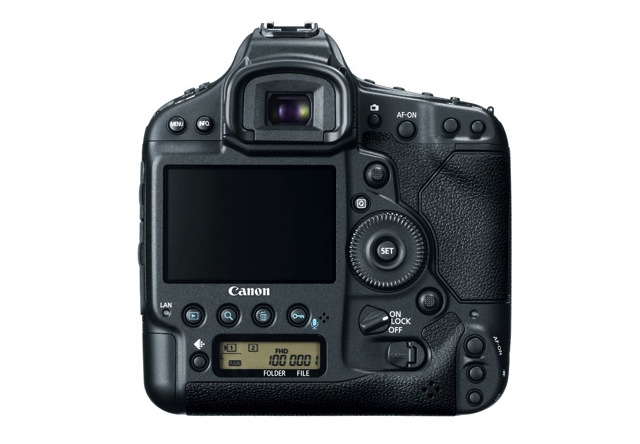 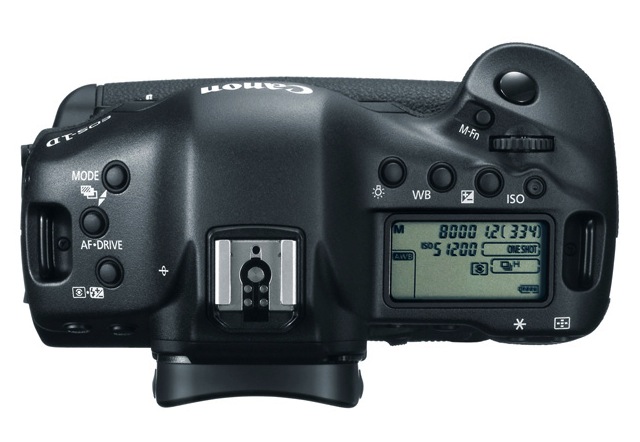